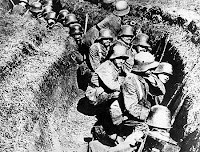 Here I am after a long time of silence with a very useful History and Clil game.

You can manage an oral test  about ww1 in your class easily, using some quizes.
Devide your class in balanced groups (among the group you need some students who like History and speak English fluently) and then make them the following questions. Some of them are quite simple and other more difficult in order to help anybody to answer. Make  random  questions to a group. Each group can choose who will answer but any of the students has to answer at least to a question. They can use a jolly: the question they do not like will be questioned to another group who will answer and then this group can return the favor to the questioning group.
With the questions remained you teacher can create a debate: the question is the issue of the debate and two or more students can dialogue about it making and answering questions which become complex and rich of meaning if the students are prapraied and critical minds.

Here are the quetions: 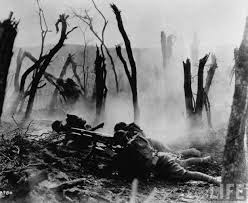 Can we play at school?

Yes, we can, of course we can and we will enjoy it. A good play is the role playing: we can simulate a topic, a fact, an history telling and we can play it with the whole class.
How can we do that?
Find a topic or a theme,
Explain it to the students,
Find a role for anyone,
Write the script,
Find your actors and then play!
We can also register your performance and view it with your class, it can be a good means of reflection about the activities and their benefits.
So: play with your class using the role playing technique!
Pubblicato da Cristina Finazzi Modalogia alle 13:50 Nessun commento:

'A pithy observation that contains a general truth, such as, “if it ain’t broke, don’t fix it.”.

• A concise statement of a scientific principle, typically by an ancient classical author.' This the definition of the term aphorism, you can find in the Oxford dictionary; but I think it is more particular and specific in Philosophy. I have understood that with my students and Eraclito.
Today, in the morning, I was saying something interesting about him, but you know, Eraclito is said the obscure and for them he and his Philosophy are dark as night is.  Pantha rei? What is Pantha rei'? They were  asking to me.
I told them that it is one  of the most famous and pregnant aphorisms in the History of Philosophy but they could not understand yet.
So it became into my mind an idea: tell them some other aphorisms.
'Love is a difficult dream, wanted by everyone.' 'Life is a long trip, but you can make it shorter', and some more. Then I said:'Now it is your round, you have the chance to try alone. Write a really personal aphorism and we will read them, any of  yours'. I listened to very good and significant short sentences. They knew how to use this tecnique to express something important and philosophical.
They were ready to understand the motto 'Pantha rei'. What does it mean? It is the explanation, simple but clear, of the becoming, of the change of things, of the mutuation of nature and man. Science has understood this option only recently. We need Philosophy before.
Pubblicato da Cristina Finazzi Modalogia alle 08:39 Nessun commento:

I am a Clil teacher. What does it mean? I do not know. I would find out it and anderstand more. Teaching a subject in L2 is not so easy to do and I need more practice, I realize that but I will try and I will do all my best for a succesful work. My students? They are surprised. They little anderstand what Clil is and what kind of work would be for them. They look at me with their nice but surprised faces and say: 'how must we study? How much have we to study? What more should we study? The answer is that we can learn together and we can also have fun.
After this hopful word I have to comprehend how to do a good work with them; my scaffolding is a great one? Me, who I have always thaught History and Philosophy in Italian, will I be able to use another language to do an excellent job? They deserve an excellent job by me. I am sure about that. How can I do? My School helps me? Government helps me?
My collegues are English teachers or do not speak English. The English teachers only teach English. Few Of them like Clil. Why? They are afraid of me and my work. 'You are a theif', they are saying. They do not comprehend that I need their help and not their employment, I have mine. It is enough. A change is to solve these prejudices about Clil teaching and learning. We have still to do a lot!
Pubblicato da Cristina Finazzi Modalogia alle 05:25 Nessun commento:

I am not angry, i am only yawning:)

Biking in the Sixties